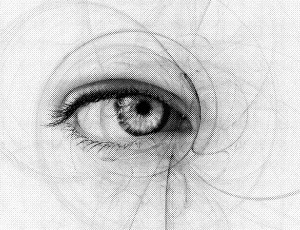 All of these are used to create vivid character emotions using that very valuable tool we talked about before – setting.

One other thing it takes to pull this off is knowing your character as deeply as possible and how she’d relate to the world around her.

It’s true that it’d be highly suspect if a character were to change their environment (setting) based on their shifting moods. Splattering different color paints on the walls throughout the day would not only make a heck of a mess, but create so many layers of paint over the years that there would cease to be a room at all. However, the way we perceive our environment varies greatly depending on our mood and outlook.

For instance, when I see a spider, I’m intrigued. I wonder what it has in its web. I look closer to see what type it might be and where it likes to hide. On the other hand, upon seeing a spider my friend Becca whips out the flame throwers and goes into the Mode of Flaming Spider Doom. Two entirely different people yes? Which would make for two entirely different characters.

Moonlight. Is it always soft? Maybe, if the character has a perpetually romantic view. But if it’s Arvon desperately trying to escape his enraged clan, well then, the moonlight stabs through the forest. He’s feeling hunted, viscous and so his mood affects how he interprets the moonlight. Two lovers basking under that same full moon, wine beside them, safe in their embrace would view it entirely different. Perhaps as shafts of glimmering silver shifting off his lover’s hair like a metallic waterfall.

When faced with a run-down barn one character might experience fond memories of his farming days when Ole Uncle Hoebert took him under his wings and taught him the joy of growing things. He might describe the smell of old manure and the plentiful plants and herbs sprouting with life around the ruin.  Another character in that same situation, perhaps one who almost died during a building collapse or, less dramatic but still workable, one who toiled in servitude at a farm under the iron yoke of Mean Aunt Mincy,  would have an entirely different experience. He might describe it as full of gaping holes of darkness, waiting to swallow the unwary into its maw of pain.

A character who has just lost a loved one, might look upon the mist covered mountains and liken the mist to a heavy, drooping shroud. In this way, a writer can describe a character’s mood without using the ‘telling’ device of ‘she was sad’. Those same mountains with that same mist in the eyes of a character in an adventurous mood, might be described as a swirling mist that veiled his eyes to the mountains secrets – but not for long!

These are, of course, blatant examples so the points are understood. They can be as subtle or bold as is needed for the mood of the story. But if you squeeze everything you can out of setting it creates a world that lives and breathes through your characters instead of being mere backdrop.