And now for the answer to what aquatic critter necessitated the breeding of black worms, red wigglers and, eventually, night crawlers. 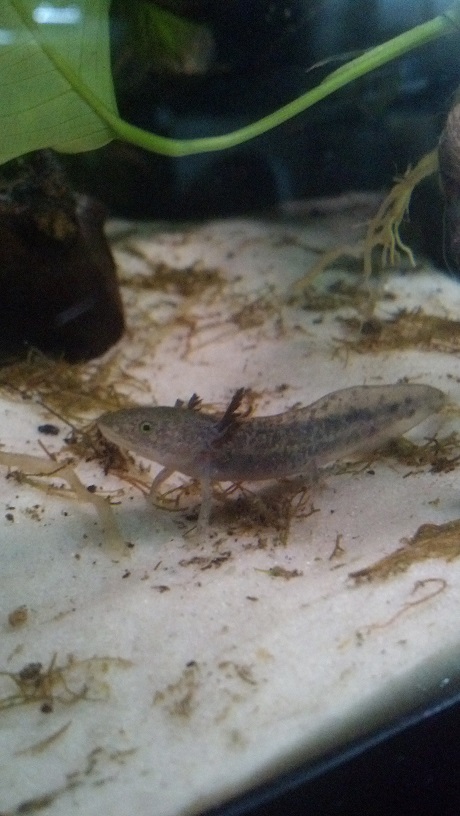 His noble name is – Agrathax the Axolotl

Hailing from the chilly, spring fed waters of Mexico, these cute wee nuggets are cold water critters preferring a temp between 60-68F, though they’ll tolerate lower or higher for short stints. To accomplish that I nixed the heater, popped on a reptile mesh top instead of the glass top and run a fan on high during the day, low at night. This set up keeps the temps well within Agrathax’s comfort zone. 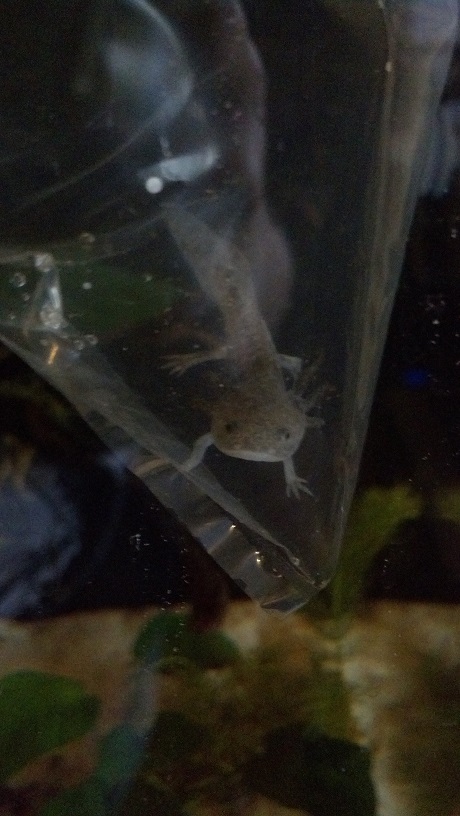 These guys are salamanders that rarely ever transform into their amphibious form. They can live up to 15 years in this larval form and grow to be around 12″, give or take.

Another nifty thing about them is that they can regenerate lost limbs, kinda like an aquatic troll only axolotls are cute…trolls are not. 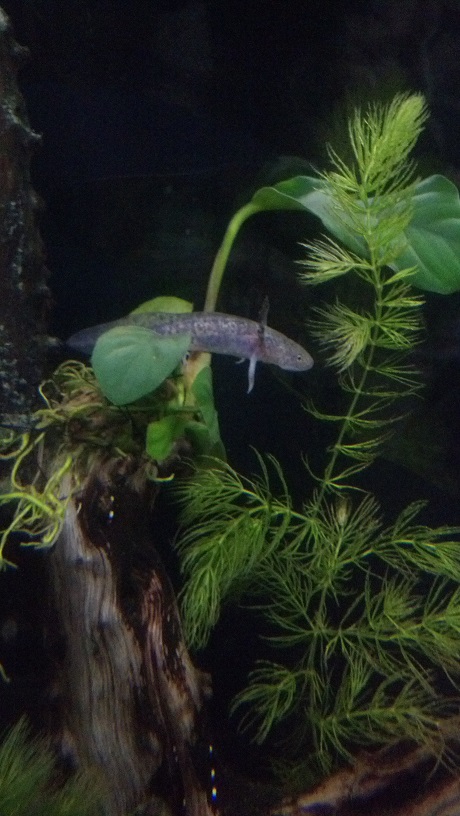 He likes to lounge about, as you can see.

Because of his light sensitive eyes and tendency to dig around and move plants, this tank is planted with low-light, low-temp tolerant plants that aren’t planted in the substrate. 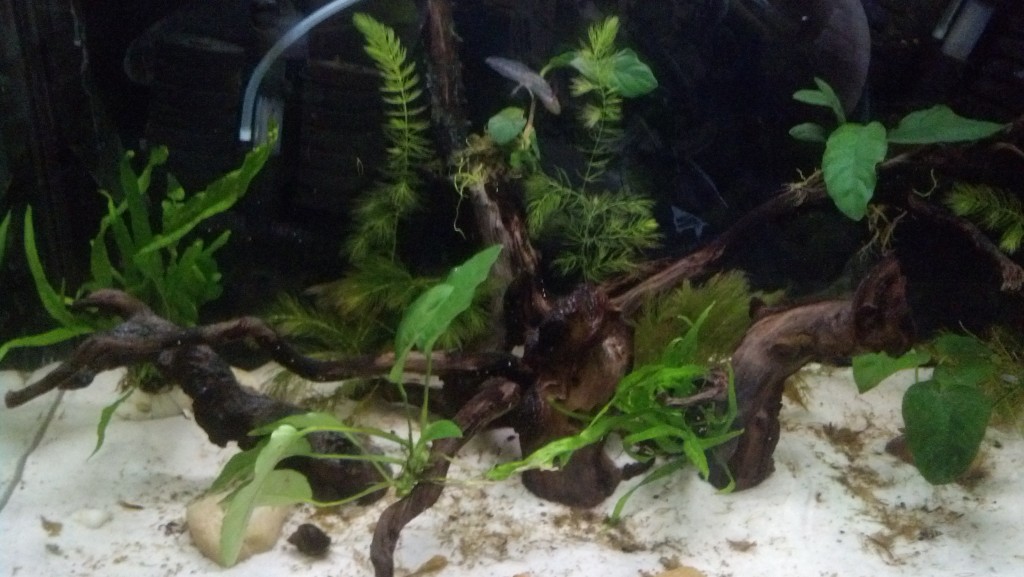 Because of the way he gulps food, as in no chewing the little pig!, I put in sand as the substrate to avoid choking hazards – kinda like a toddler – or impacted digestive tract issues.

Also because of the temps he needs, that he’s a scavenger/carnivore type and his sensitive gills (which many fish like to peck at and destroy) his companions are limited. 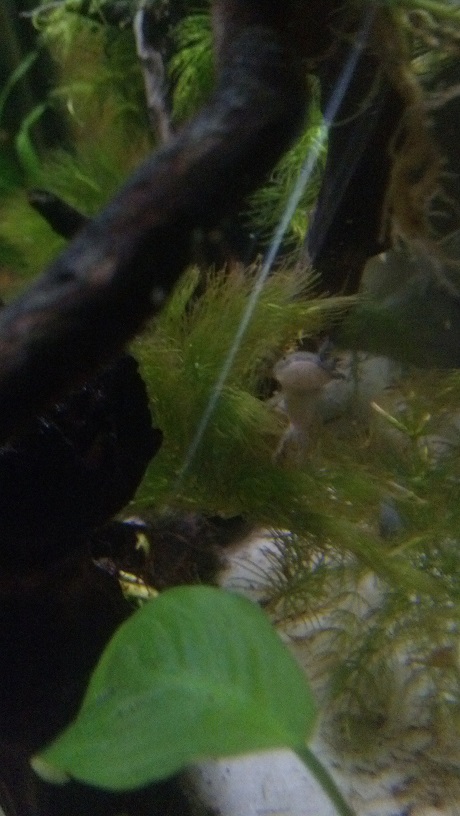 For right now he’s doing great on the black worms and has not only grown in length a bit but bulked out. Within a few months he’ll be ready for bigger fare, so I’m starting the red wiggler colony this week so that it has a nice head start on the hungry beast.

Here’s pics of some of his tank mates –

One of the white cloud minnows: 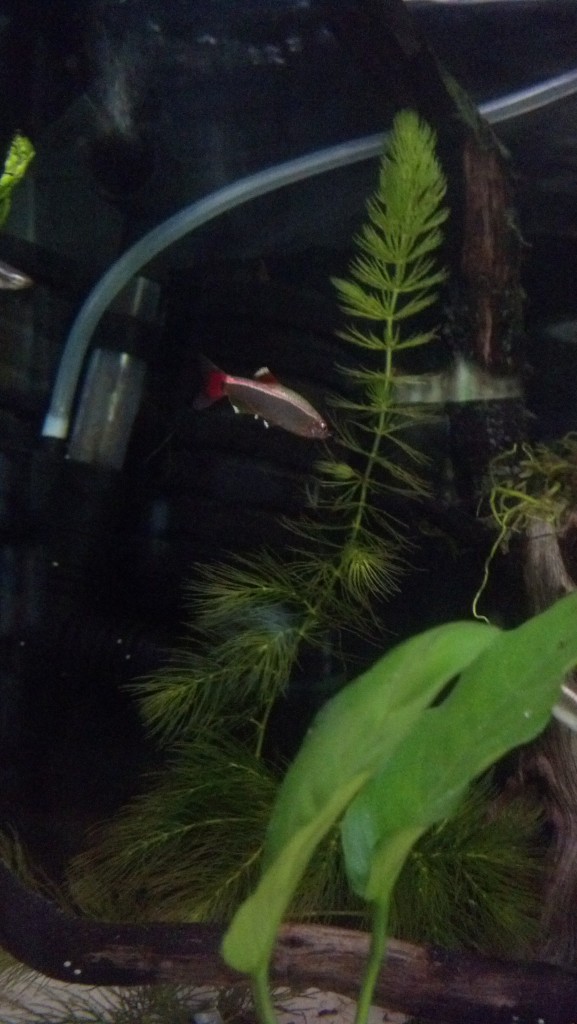 One of the mystery snails: 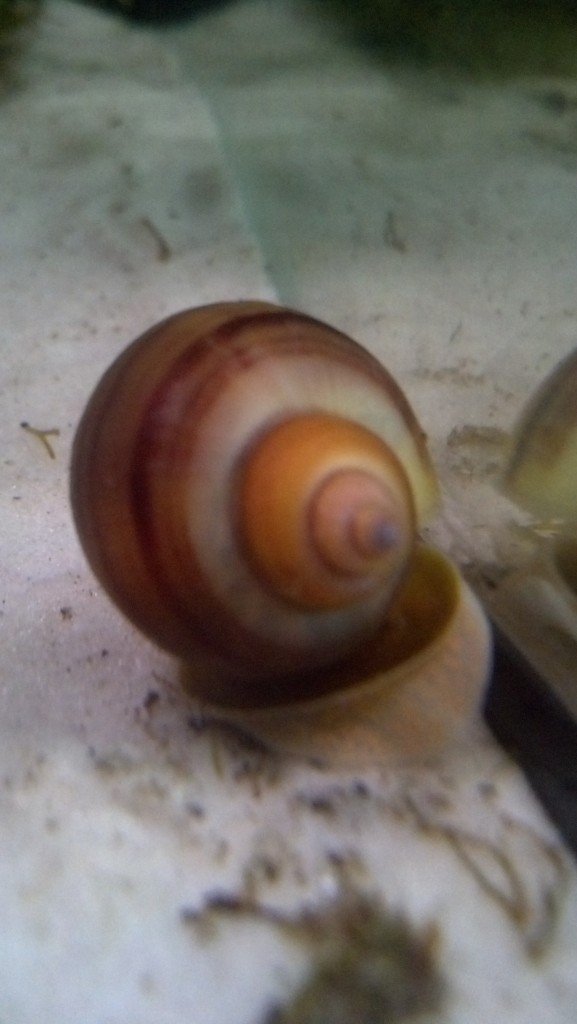