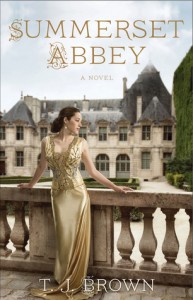 Visiting the blog today is T.J Brown, author of Summerset Alley. I’ve always admired Teri, she’s a fantastic writer who juggles a full life and many responsibilities besides.

Welcome Teri and congratulations on your newest release!

Thanks for having me!

When you first entered the publishing world, what was the one thing about the industry that you didn’t expect?

Like many other authors, I don’t think I expected the industry to change and reinvent itself so quickly. E-books and E-readers evolved very quickly from almost unusable to incredibly user friendly. I watch as some publishers scramble to keep up, while others break new ground almost every year. It’s been a wild ride as authors have more choices than ever and have a greater degree of control. I didn’t expect it.

You always seem to have a lot on your schedule, how do you juggle everything and all things writing related?

HA! I don’t feel as if I juggle really well. This past year has been crazy, between cancer treatments and deadlines, I feel like I have been on a hamster wheel. I keep saying, I can rest in March (after my last deadline), but you know what? I have already pitched a novella, and plan on pitching a fourth book in the Summerset series. Plus, I’m thinking about my third book in my YA series and pitching an entire new adult historical series to my editor…it never ends!

The plot and characters for Summerset Abbey are intriguing! When you’re working on a story, does it start with a character idea, plot idea or…?

Usually, I start with a concept for a plot. Just a sketchy idea. Then the characters’ come. It’s rather like putting together a puzzle. And then my plot constantly changes and develops as I write. I’m not quite a seat of my pants writer, but the Summerset books have been unusually organic for me.

What area in writing tends to take you the most time and effort?

The first draft. It’s really difficult for me for me to put words on a blank page. I love collaborating with my editors and I love revising, but that blank page does freaks me the heck out! It’s like pulling teeth.

What was the most interesting nugget of information that you dug up while researching for Summerset Abbey?
I think one of the most interesting things I learned about was the Corrupt Coterie, a group of young aristocrats who did everything they could to shock the establishment. They drank, did drugs, threw wild parties… they were like the original teenagers! World war one decimated their ranks, but it looked like a wonderful party while it lasted. 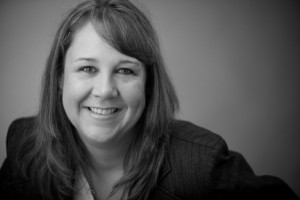 TJ Brown is passionate about books, writing, history, dachshunds and mojitos. If she could go back in time, she would have traveled back to England, 1910, Paris, 1927 or Haight-Ashbury, 1967. She resides in the burbs of Portlandia, where she appreciates the weirdness, the microbreweries, hoodies, Voodoo Donuts and the rain.

You can stalk Teri at these sites:

1913: In a sprawling manor on the outskirts of London, three young women seek to fulfill their destinies and desires amidst the unspoken rules of society and the distant rumblings of war. . . .

Sir Philip Buxton raised three girls into beautiful and capable young women in a bohemian household that defied Edwardian tradition. Eldest sister Rowena was taught to value people, not wealth or status. But everything she believes will be tested when Sir Philip dies, and the girls must live under their uncle’s guardianship at the vast family estate, Summerset Abbey. Standing up for a beloved family member sequestered to the “under class” in this privileged new world, and drawn into the Cunning Coterie, an exclusive social circle of aristocratic “rebels,” Rowena must decide where her true passions—and loyalties—lie.

Frail in body but filled with an audacious spirit, Victoria secretly dreams of attending university to become a botanist like her father. But this most unladylike wish is not her only secret. Now, Victoria has stumbled upon a family scandal that, if revealed, has the potential to change lives forever…

Prudence was lovingly brought up alongside Victoria and Rowena, and their bond is as strong as blood. But by birth she is a governess’s daughter, and to the lord of Summerset Abbey, that makes her a commoner who must take her true place in society—as ladies maid to her beloved “sisters.” But Pru doesn’t belong in the downstairs world of the household staff any more than she belongs upstairs with the Buxton girls. And when a young lord catches her eye, she begins to wonder if she’ll ever truly carve out a place for herself at Summerset Abbey…

Other books in the series: