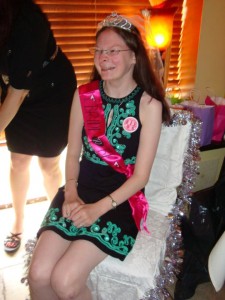 Hey Raven and Raven’s friends and followers! Thanks for having me on the blog today.  My name is Beth Ann Masarik, and I’m here to talk to you about my series called The World Among Us.  It’s a YA/Fantasy about forbidden love, gods, demons and all sorts of supernatural creatures.  Well, that’s the 140 character version. LOL.  I am in the process of revising the back blurb as well the first book in the trilogy, Prince of Darkness.  It was originally released with Otherworld Publications, but it was pulled from the market this past June because Otherworld is closing at the end of this year.  Since then, I have signed with Hydra Publications, which is how I met Raven .  Frank and I are working hard to revise Prince of Darkness, and we are anticipating a re-release day for sometime in early 2013.

Now for a bit more about the book, The World Among Us: Prince of Darkness:

Hades is hell-bent on taking over the world, but in order to do so, he has to remove his nemesis, Gaia from power.  But one thing stands in the way, however, and she goes by the name of Selene.

Cue Damien, son of Hades and Persephone.  He happens to be in love with Selene, and will stop at nothing to make sure that she is safe even though their love is forbidden.  Furious with his son’s treachery, Hades tricks Damien into killing the only woman that he has ever loved.  He does so by telling Damien that he will spend the rest of his eternal life in the Fields of Asphodel if he does not prove his loyalty.  Torn between his un-beating heart and his family, Damien does the only thing a true demon prince knows how: killing those closest to him.

Will Damien follow through with his father’s evil scheme?  Or will he be banished to the Fields of Asphodel for his treachery?

And now here is an excerpt from Prince of Darkness:

Beth Ann Masarik is a Young Adult author and writer, indie publisher, and youth advocate. She writes Young Adult fantasy and urban fantasy novels that are mostly about forbidden romance and have some sort of magical creatures in them. Her debut novel, The World Among Us: Prince of Darkness was first published with Otherworld Publications. Unfortunately, OWP is closing on December 31, 2012, and the book is no longer available. You can visit her author website at  and blog  for more details on my publishing adventures.

As a youth advocate, she is one of the adult coordinators of the Our Lady of Fatima youth group that is run by our youth minister, Veronica Ticas-Ludwig.

In addition to writing, she also publishes a bi-monthly e-zine called Literary Lunes Magazine. It is offered as a free black and white e-copy and  also offers a low-cost full colored paperback copy of each issue.  For more information, please visit the magazine website atwww.literarylunes.com and the publishing house blog/website.