Posted by Raven Bower on May 02, 2013 in Gothic Living | Comments Off on Rasputin the Betta

Since Lain is on vacation this week, he was sweet and decided to whisk us off to Grand Rapids yesterday for an early Mother’s Day – sans kids  *grin*

Soooo…for Mother’s day we went out to a nice lunch and then to Blue Fish Aquarium, where he got me the most awesome Mother’s Day gift – my next project, the 20g! And…Rasputin the half-moon betta! 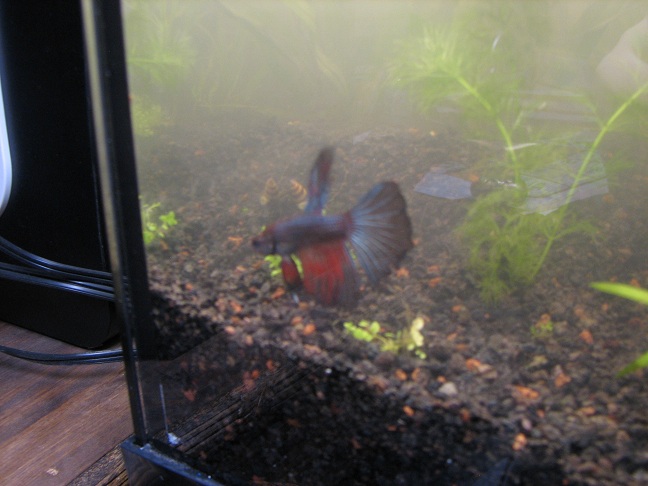 Love bettas but I’m also very picky about bettas (and all my fish, actually, but anywhoooo) so every time we went to Blue Fish checking their betta selection was standard procedure. But the search ended when we saw him hovering in his bowl and showing off his fins. 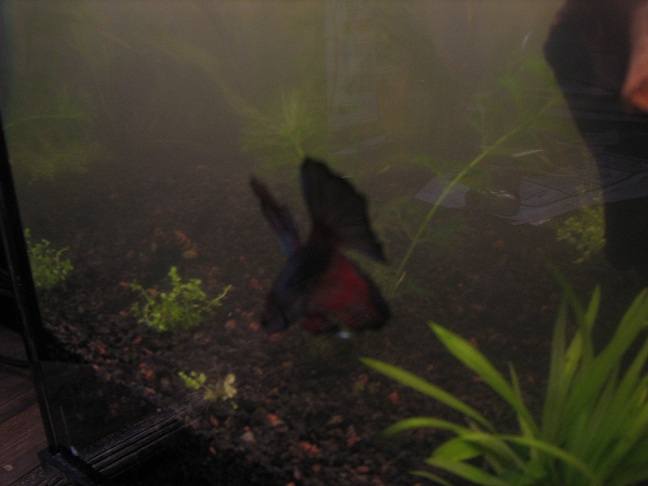 He’s in the 20 g., more pics of that to come later, so the water is still cloudy. 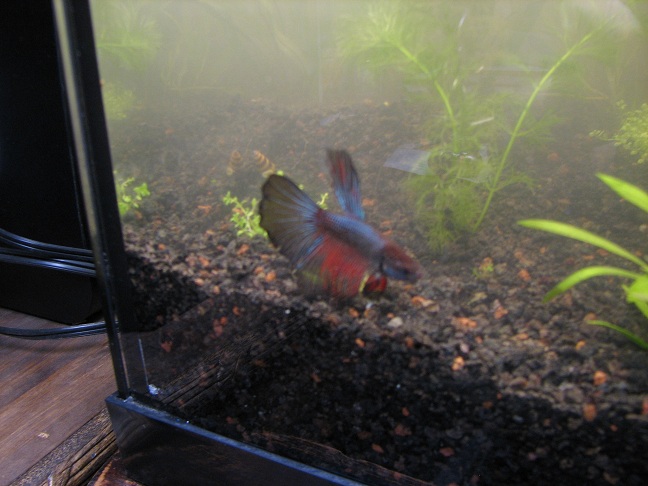 But not nearly as bad as when he was introduced to the tank, yesterday, after putting the Eco-Complete substrate in. Granted, for some reason the water didn’t get quite as murky with this 20g as it did with the 55g hex. (also in the above shot, the assassin snail of doom!) 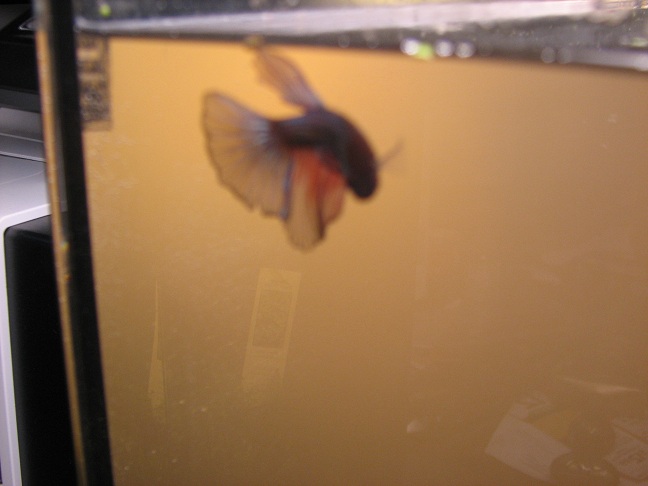 *points up* That was last night, about oh, an hour or two after most of the debris settled. Nice shot of Rasputin’s translucent fins though  🙂