Posted by Raven Bower on June 25, 2012 in Reviews | Comments Off on Movie Review ~ Underworld, Rise of the Lycans 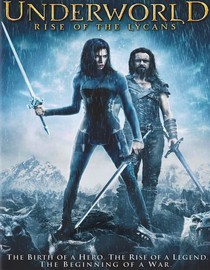 Title: Underworld, Rise of the Lycans

First, let me state that I’m not generally a fan of prequels. And to be completely honest, this was an unnecessary prequel because the flashbacks and info we received in the first two Underworld movies about summed up this entire movie.

So does this movie show us anything we didn’t already know or had to know for the rest to make sense? NO.

Looking at this as simply a stand-alone movie and not part of the series, I really liked it. The settings were interesting and I enjoyed the peek into Viktor’s pre-modern days. I’m a fan of Gothics in general, so the whole swords and crossbows, horses and carriages, torches and deep woods appealed to me.

The storyline was fast enough to keep me interested yet with enough substance to keep me grounded. It was intriguing to see some of the other vampires and werewolves (lycan) of the series in their younger years.

Sonja’s character was spunky and rebellious, a good foreshadow to Selene.

I do fault this movie on several counts, however.

Gaping leaps of logic and plot holes. I understand why they were done, but the storytellers could have at least given us some reason for these rather silly decisions by otherwise smart people.