Posted by Raven Bower on August 16, 2012 in Reviews | Comments Off on Movie Review ~ Creature 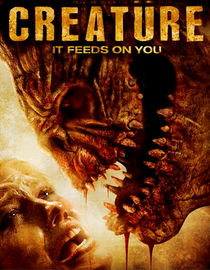 For its budget and lack of good FX, this was a fun movie! It’s set out in the swamps with lots of murky water and mud. The cast played well off of each other and there was a varied set of voices that kept the movie chugging along.

The plot was straight forward, with no unexpected twists but that’s good for this type of movie. It simply tried to be a fun creature film and succeeded.

I particularly liked who won at the end (you’ll have to watch it to see), even though we later find it’s a partial win, but still it’s uplifting when the character you’ve been rooting for scores!

The monster looked a bit unbelievable but, hey, not every movie has a blockbuster budget. For what they had, they did a fair shake with it.