Posted by Raven Bower on July 13, 2012 in News | Comments Off on Friday’s Five Faves ~ Weekend Views! 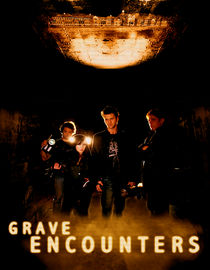 Grave Encounters ~ In this horror flick, the stars of a paranormal-investigation TV show spend the night in a derelict psychiatric hospital, hoping to uncover what’s been going bump in the night. As their cameras roll, they find themselves trapped — and hunted. 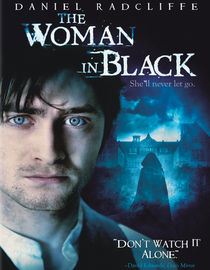 The Woman in Black ~ Dispatched by his boss to an isolated seaside village to tie up a recently deceased client’s affairs, a young London lawyer finds himself in a community grappling with dark secrets — and a haunting presence with a sinister agenda. 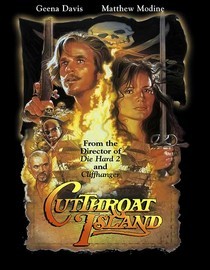 Cutthroat Island ~ Ahh, the 1600s, when the men were daring…and so were the women. Geena Davis and Matthew Modine deliver nonstop action and adventure in this swashbuckling saga of ruthless pirates, buried treasure and bloodthirsty betrayal. A pirate’s beautiful daughter (Davis) inherits command of her father’s ship. She and her crew set sail to avenge his death and lay claim to the treasure of Cutthroat Island.

Raven’s note ~ nothing mind-bogglingly new here but it’s a lot of fun to watch. If you liked Pirates of the Caribbean, this might be an interesting way to spend a Saturday afternoon. 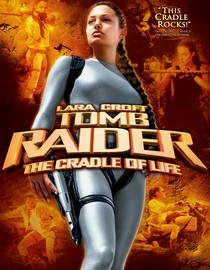 Tomb Raider ~ Based on the popular video game of the same name, director Simon West’s adventure places English aristocrat Lara Croft (Angelina Jolie), skilled in hand-to-hand combat, in the middle of a battle with a secret society. The shapely archaeologist moonlights as a tomb raider to recover lost antiquities and meets her match in the evil Powell (Iain Glen), who’s in search of a powerful relic. Jon Voight appears as Lara’s dearly departed dad.

Raven’s note ~ I admit, I’m a sucker for this type of movie  🙂  And I simply loved the Lara Croft character.

Tomb Raider: The Cradle of Life ~In director Jan de Bont’s adventure sequel, thrill-seeking archaeologist Lara Croft (Angelina Jolie) journeys to an underwater temple, where she finds a sphere that contains a map pointing to the mythical Pandora’s box. But the orb is promptly stolen by Chen Lo (Simon Yam), the leader of a Chinese crime syndicate with ties to a maniac who wants to use the box as a doomsday weapon. Can Croft prevent them from destroying the world?