Posted by Raven Bower on August 29, 2012 in Uncategorized | Comments Off on Free Book! Primal is Free Today in Kindle! 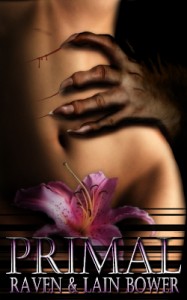 Our saucy, gritty urban fantasy novel, Primal, is free today! Even if you don’t have a Kindle Amazon has a free Cloud Reader that enables readers to read Kindle books on their computers.

Primal is book one in the Vengeance series – part of Primal Earth, a new urban fantasy RPG setting from Hydra Games.