Posted by Raven Bower on February 27, 2014 in Reviews | Comments Off on Brew Review ~ The Poet (Stout) 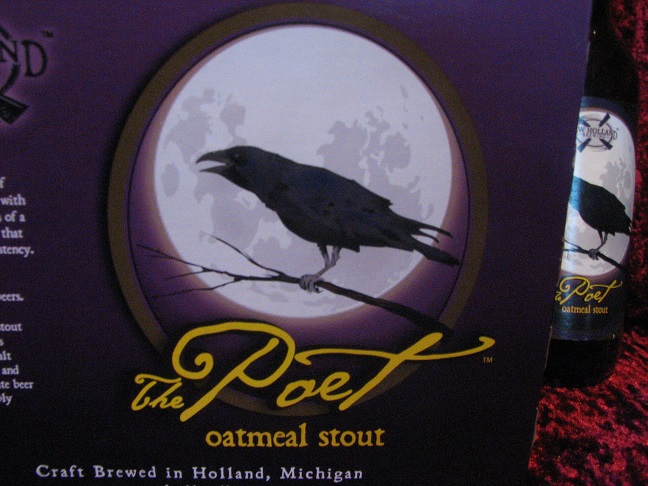 Normally I don’t hold with beer of any sort (ack!) with the known exceptions of Guinness and Sin Eater. But seriously, look at the awesome packaging! It called to me…I HAD to! Heck, even if I didn’t like the beer itself, it would have been worth it just for the packaging. In fact, my middle son – who collects cans and bottles that he thinks are neat – begged me to keep one of the empty bottles for his collection. 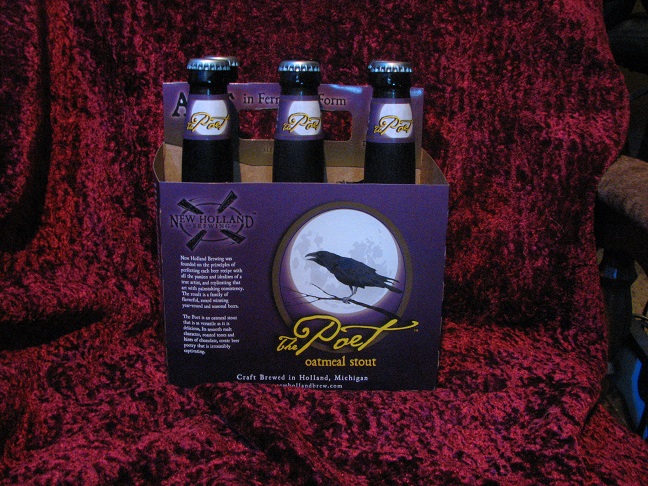 The temptation was too much! Overwhelmed, I brought it home. I had some hope for it because I like Dragon Mead’s Sin Eater, which is also a stout (but I can’t find it listed on their site, so maybe they stopped making it?).

Anyway, the worry was in vain. I popped the cap off The Poet and this wonderful, dark aroma wafted out. So far…so good. 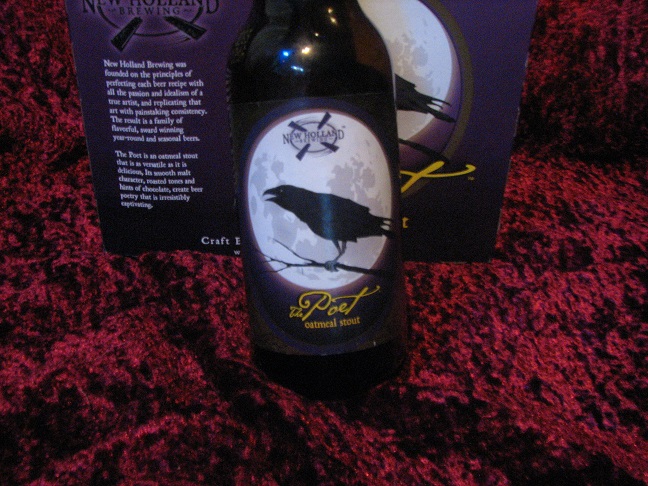 Then took the first sip… YUM!

It’s thick, but not too thick. Heady, but not too heady. A symphony of flavors, but not too many (eerrr sorry, drifted into Agent Cooper mode there, ahem). Perfect. I also agree with New Holland Brewing‘s suggested food pairings for The Poet – particularly the chocolate! 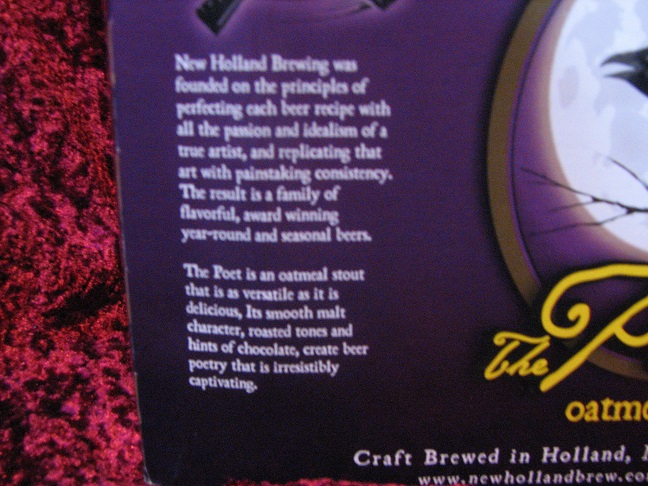 Verdict for The Poet is in – this is a 5 bat beer! Which, is saying something, considering that, again, I’m generally not fond of beers.

I’m looking forward to trying more of their brews including –

Freshwater Superior Single Barrel Rum – Really enjoy a smooth rum, so this ought to be fun.

Knickerbocker Gin – Love gin, it’s one of my top drinks. Go gin & tonic! Can’t wait to try this one.

Dragon’s Milk Stout – I mean, truly…look below at that nifty packaging – it’s irresistible! 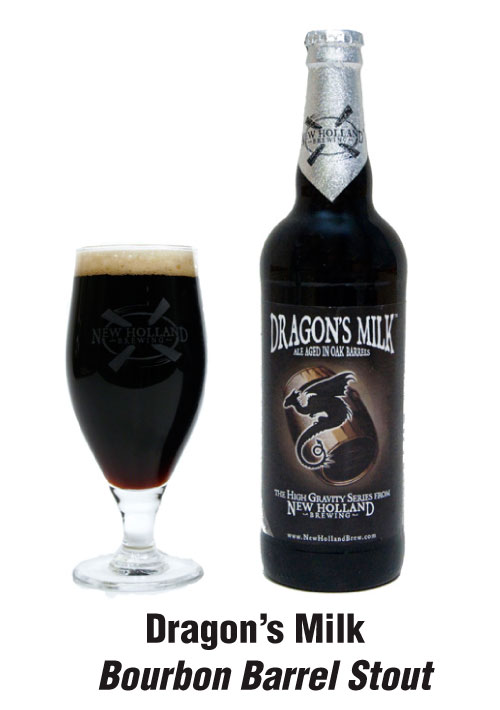