Posted by Raven Bower on October 12, 2012 in News, Uncategorized | Comments Off on Book Booty!

Picked up a bunch of books at Context and wanted to share the bounty! 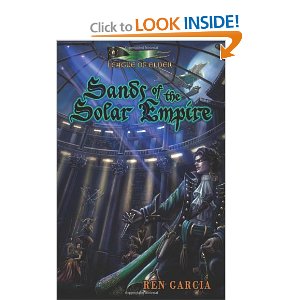 Sands of the Solar Empire by Ren Garcia

I read this book and it’s a 5 bat one! If you like sci-fi, fantasy and romance you’ll really like Ren’s world.

GET THE BRANDY TO BAZZ . . . That’s all Paymaster Stenstrom, the Lord of Belmont-South Tyrol, has to do and the old warbird Seeker is his. He has dreamed of captaining a Fleet ship his entire life. Little does Paymaster Stenstrom realize that he is in the grip of an old Vendetta and the short trip to Bazz might very well be his last. Faced with a dead ship and a lost crew, Paymaster Stenstrom finds help in the strangest places: the thief Marine and the milquetoast young man from the Admiral’s office, and, though he just became acquainted with these two strangers, he discovers they have been influencing each other’s lives for a very long time. Something sinister hovers over Paymaster Stenstrom and his two new friends, something they are only now becoming aware of. The SANDS OF THE SOLAR EMPIRE stretch out before them in an endless gulf brimming with the unknown. Can a masked Paymaster, a thief, a coward and a once great warbird face what awaits them? 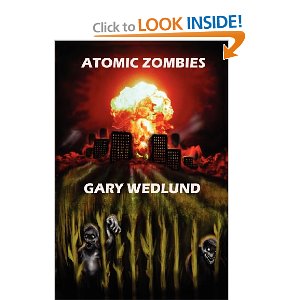 Atomic Zombies by Gary Wedlund — haven’t read this one yet but seems neat. Zombies – *shambles*

In the blink of an eye, the world has turned into ash, leaving behind a planet thrown into chaos. Months later, the radioactive dust settles, and the survivors crawl out of their holes. They find the world has been changed forever. In the Ohio countryside, Joe and Zuzu find nothing but devastation, bodies and rotting corn as far as the eye can see. Every breath is personal and rebuilding their lives becomes endless toil. In a nearby town, others emerge with more malevolent intentions. They murder the men and elderly, keeping the women as slaves. Zuzu wants to help, but Joe is cautious. After all, they have to think of the children they have adopted, small survivors with no one else to take care of them. And if things aren’t hard enough, they must also deal with the walking dead. 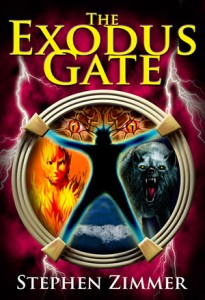 The Exodus Gate by Stephen Zimmer

The Exodus Gate, by Stephen Zimmer, is a modern fantasy novel that is the first release in the Rising Dawn Saga. The story unfolds around Benedict Darwin, host of a popular late night radio show that deals with the paranormal. Benedict comes into possession of a virtual reality simulator that turns out to be something far greater and more powerful than he ever expected.

Meanwhile, supernatural powers from the depths of the Abyss and their human allies are working tirelessly to bring about a One World Government. They are also laboring to bridge the boundaries between time and space to bring back the Nephilim, the monstrous offspring of Fallen Avatars and humans that were destroyed in a Great Flood that occurred long ages ago. An epic tale of courage, hope, and adventure, with fantastical realms and exotic creatures, The Exodus Gate is sure to appeal to a wide range of fantasy readers. The first edition also feature 15 full page illustrations by the artist Matthew Perry. 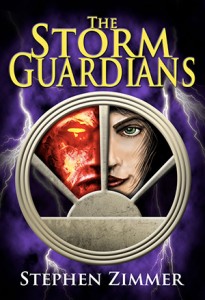 The Storm Guardians by Stephen Zimmer

Storms break out across the world and the realms beyond, as the Convergence seeks to advance its worldwide agenda, and Diabolos unleashes great powers from the depths of the Abyss.

The Fallen Avatar Beleth’s legions pour across the boundaries of Purgatarion, even as the Night Hunt is loosed once again, in the modern world. Dagian readies for a monumental unveiling of Babylon Technology’s greatest invention, a technology that holds grave implications for every living person on the face of the world.

It is a time when the Exiles in the Middle Lands, the An-Ki, and many others are falling under the shadow of the Abyss. Guardians of all forms, great and small, must rise to resist as the storm of darkness spreads. From high school students Seth, Jonathan, and Annika, to Ian, Arianna, and the others of humankind that have been drawn into the spiraling course of events, choices with dangerous consequences have to be made.

An epic tale of resolve and heroism, The Storm Guardians takes the reader farther and deeper into the Rising Dawn Saga. 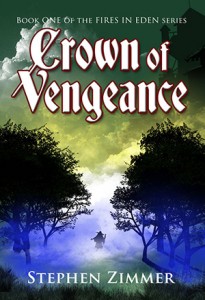 Crown of Vengeance by Stephen Zimmer  – I got this for my eldest son for Christmas, but so stealing it when he’s done! *grin*

Strange mists engulf Janus Roland, Erika Laesig, Mershad Shahab, and several others going about their lives in a quiet midwestern town. When the mist dissipates, they all find themselves looking up into the bright skies of a new, incredible world.

Storms of war loom over both Saxany and the Five Realms, as invasion forces mass under the inspiration of The Unifier, a mysterious, captivating figure whose influence has swept across the surface of Ave ever since His rise to power in the Gallean duchy of Avanor. It is a war that will be fought in the skies, upon the seas, on land, and even in places non-physical in nature.

A majestic, epic fantasy that begins many adventures and journeys across a diverse and enthralling world, filled with races and creatures both familiar and new. Crown of Vengeance lights the flame of the Fires in Eden series, bringing to life a bold, far-ranging, and grand new venture within the realms of fantasy literature, and appeals strongly to readers of George R.R. Martin, Steven Erikson, and Robert Jordan.